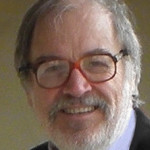 The 29th day of January 2016, in Rome, Francesco Retacchi died, after an incurable disease.

He was engineer Manager at the Ministry of Industry and, since 1984, he generously offered his experience to CFPR for the organization of activities, in Italy and in Egypt; he participated in every initiative, by joining the rigor of his profession together with his humanitarian enthusiasm in our Association.

Francesco shall be always remembered as an example to keep in our making, in our mind, in our heart. 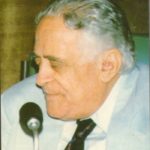 The CIERA joins the Egyptian Archaeology Community in mourning of death of Professor Abdel-Rahman Abdel-Tawab (7 July, 2016). He is the father of the Egyptian archaeologists in the Islamic and Coptic field in Egypt, and worked always with constant and incomparable passion until his last days; also, when he lost his sight, he has given advice and documented memories to confident students and scholars who have had the good fortune to frequent him.

The President of the CIERA recalls with affection and esteem that, in 1976, Professor Abdel Tawab, as Director of the Egyptian Antiquities Organization, together with Dr. Carla M. Burri, as Director of the Italian Cultural Institute, promoted the restoration intervention of the Sama’khana of the Mevlevi Dervishes; that allowed the first “work site school” in Egypt for archaeology and restoration (CIERA).

Giuseppe Fanfoni: Technologies and techniques applied to the restoration, in the CIERA work-site school